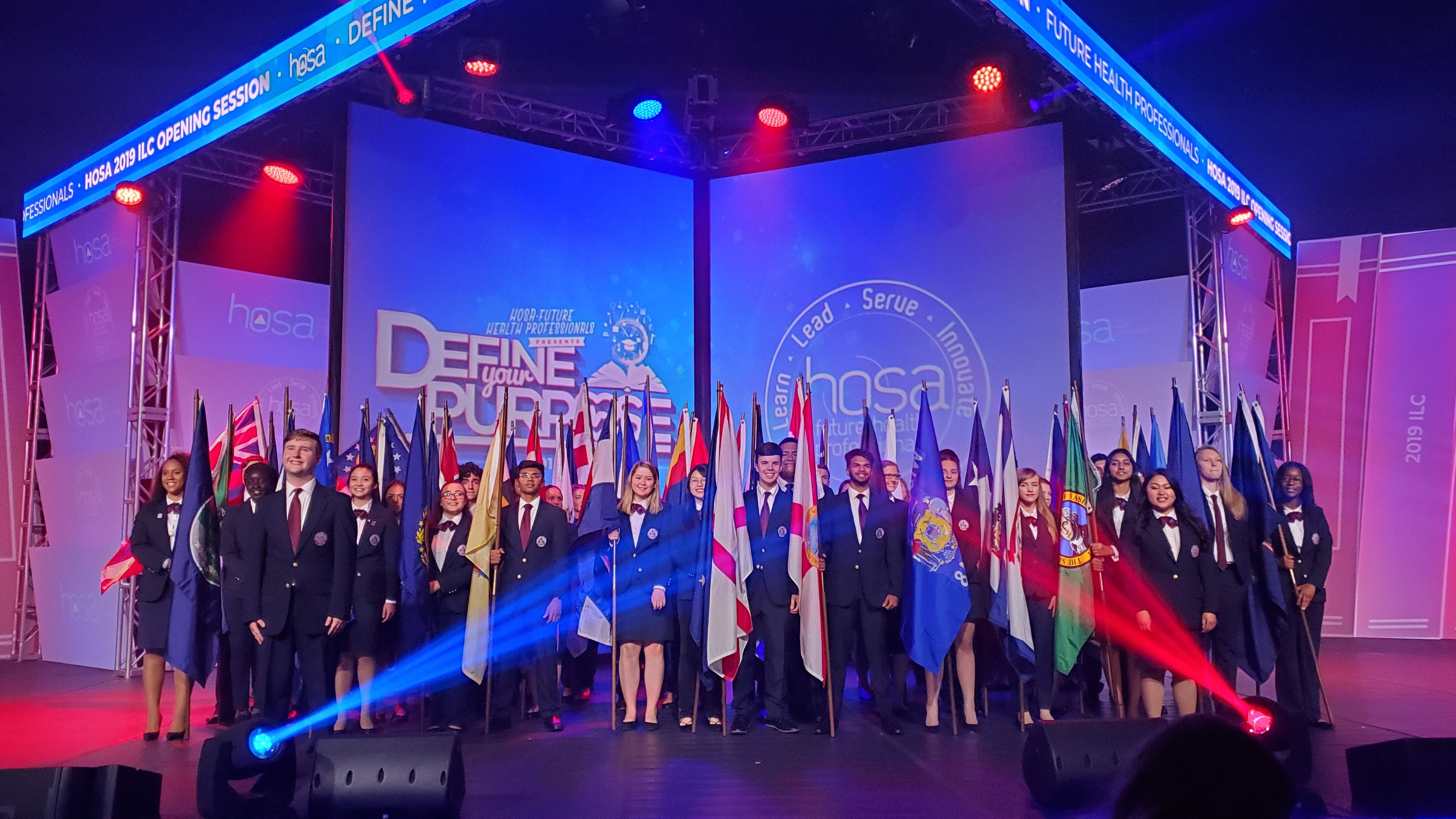 As Cybis began its biggest project of the season, the HOSA-Future Health Professionals geared up for their biggest event: the annual International Leadership Conference. For over a decade, Cybis has supported HOSA’s biggest event of the year, both in significance to the organization and in audience size.

Simultaneously with the development of scripts, we began “setting the stage” in late March. In a meeting of Cybis’ creative leaders, we took inspiration from the 2019 theme “Define Your Purpose” to begin preliminary stage designs. Outfitted with a “book” as the centerpiece—two projection screens adjacent to one another—the exterior pieces of the stage began to take on the characteristics of a library. We added projection pieces on each side of the “book” to be used as “shelves,” where we projected books, scientific artifacts, medical tools, and conference information. But then, we wanted to do more! We extended the design horizontally with large parallelograms; to continue to build on the book theme, we projected book spines on to them with even more event information. And to top it off, we placed a marquee above the set to anchor the design and give residence to ticker text with overarching event content.

Iteration after iteration, we began to build on our stage renders. With the help of 3D mapping and animation software, we built the stage to scale, factoring in every detail including lighting and presenters on stage. We even added our new, custom-built, digital podium into the mix. In the end, we developed a design unique to the organization, the theme, and to our team.

By late June, the stage came to life. Serving as a place not only for award winners to receive their medals, plaques, and trophies, the HOSA stage set the foundation for future health professionals to begin their journeys. Cybis continues to support student leadership groups in an effort to better the generations of the future. With 3D mapping tools and animation software, we “set the stage” for our biggest project and HOSA’s biggest event of the year.