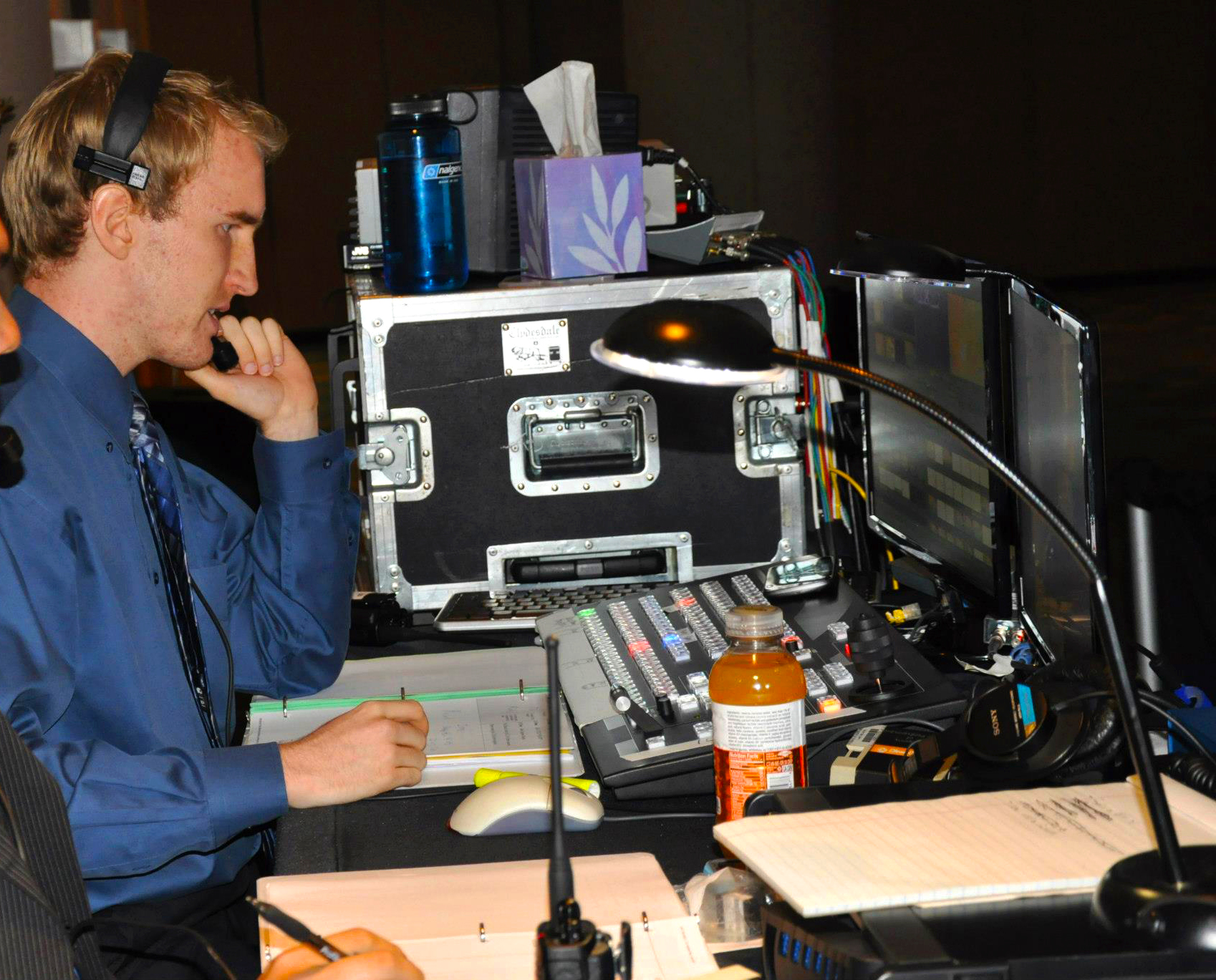 Allen Ellis grew up in the small quaint town of Harmony, Pennsylvania, about 30 miles from Pittsburgh. This was a farm town where high speed internet access was non existent, but that didn’t stop Allen from getting into technology and video production. His first exposure to production was when he was 8, when he went on a tour of the local TV Production facility. From then on, he was hooked! When he was 11 years old, his family got a camera for the household, and that brought on Allen’s first project, a Star Wars Fan Film he created with his cousins! He admits it had some pretty cool light saber effects in it. After that, Allen self-taught himself whatever there was to know about the different softwares and programs that were out there, using forums people would post online.

Allen first began to work with Cybis in May of 2011. But his history with Cybis began a while before that. He had first heard about Cybis when he was about 17 years old, and he was browsing opportunities in Orlando through Craigslist, even though he was still living in Pennsylvania. Cybis stood out to Allen because it mentioned on it’s website that it didn’t matter how much experience you had, but how much you wanted to learn; and that was very important to him. He also appreciated how Cybis combined live events with creative media. Allen was so intrigued by Cybis that he emailed Jeff himself, in 2009, letting him know he would be visiting Orlando for a few days and would love to check out Cybis and get a tour. Not at all weird right? To his delight, Jeff said yes! So Allen got his tour of our 1 S. Orange office, and got some great advice from Jeff to take back with him to Pennsylvania. In 2010, Allen decided to move to Orlando, and he joined our Team a year after that. He started off as a freelance Motion Graphics Designer; and what an impression Allen must have made, because 2 months later, he was offered the Full-Time job of Senior Motion Designer!

“When I met Allen, he impressed with me with how much he was already accomplishing on his own. Allen’s passion for the creative industry and eagerness to delve into our technical/show side made him a perfect candidate for joining Cybis. Since then, Clayton and I have fought over his talents…. Would Allen be designing & animating or drafting technical plans or directing a show? It’s a game of tug and war between all divisions of Cybis! In the end, I’m just grateful to have Allen on our team, especially during this important growth period for Cybis. Today he is leading projection mapping one day and drafting our new website the next. Allen is incredible and I can’t wait to see what we can accomplish together in the years to come!” – Jeff Douglass
Clearly, Allen has done so much for Cybis and he enjoys getting to be part of all of Cybis’ divisions. Did you know he’s the only Certified TriCaster Operator in Orlando, and is 1 of the 5 certified operators in Florida? Pretty impressive. While he’s a master at setting up TriCaster, his favorite project, well type of project, is projection mapping. He loves that it allows the creative half of his brain to work with the technical half. It challenges everything he knows with motion graphics and animation, and applying all of that with a technical side. He’d love to one day get to create on-site graphics for a national broadcast such as the Oscars and/or to make a creative commercial that would have national exposure. I predict this being an easy goal for Allen to reach in the future!

“I always enjoy Cybis, it’s a lot of challenges wrapped into one and every day is different; that’s what I like most about it.” -Allen Ellis

Well Allen, we always enjoy you! With the challenges you take on and the vision you see to help Cybis continue to grow, you are truly a valued member of the Team, and we are lucky to have you on board!