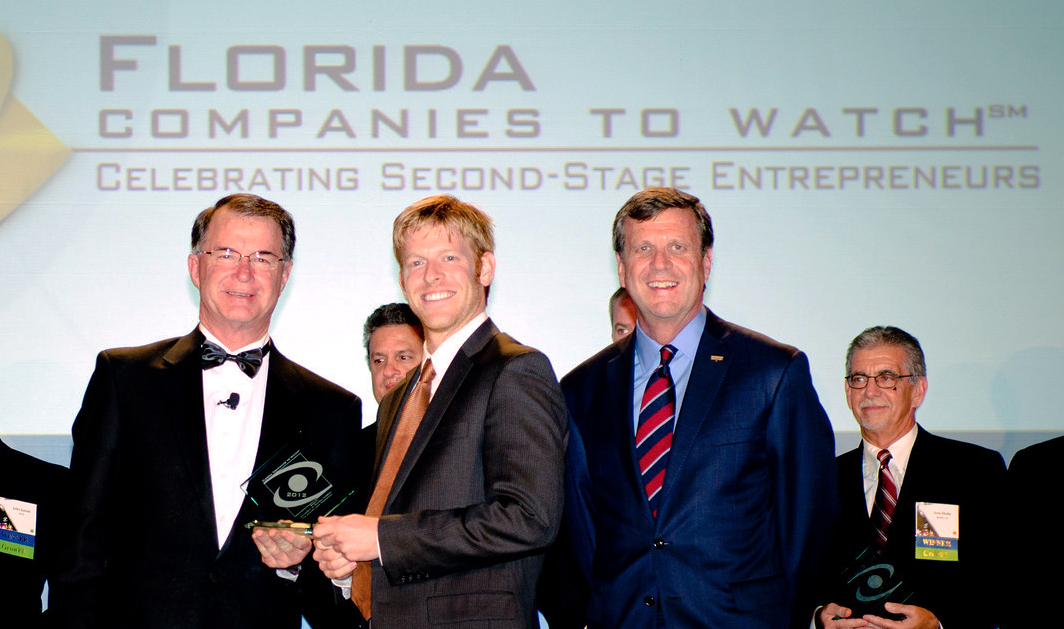 ORLANDO, FLORIDA – September 21, 2012 – Cybis Communications has been recognized as a recipient of the 2012 Florida Companies to Watch (SM) award, an honor presented by the Florida Economic Gardening Institute (GrowFL) at the University of Central Florida. In its 2nd year, Florida Companies to Watch is presented by SunTrust Banks and the University of Central Florida in association with the Edward Lowe Foundation and with special support from the Florida Department of Economic Opportunity.

Fifty companies from across the state of Florida will receive their recognition at an awards gala on Friday, October 19th at the Rosen Shingle Creek Resort in Orlando, Florida.

Florida Companies to Watch is an awards program that celebrates privately held second-stage companies headquartered in the state. To be eligible, applicants must employ between 6 and 99 full-time equivalent employees and have between $750,000 and $50 million in annual revenue or working capital in place. Awardees are selected for demonstrating the intent and capacity to grow based on employee or sales growth, exceptional entrepreneurial leadership, sustainable competitive advantage, outstanding corporate culture, inspired community giving and other notable strengths.

Among the honorees in 2012 is Cybis Communications.

About Cybis Communications:
Cybis consists of four distinct divisions: CREATIVE, TOTAL SHOW MANAGEMENT, EVENT TECHNOLOGY, and SCENIC & STAGE. They deliver red carpet treatment, award-winning creative media and total project management. Cybis produces live events nationwide with audiences ranging from a couple hundred to over 8,000. Projects include Fortune 500 companies, non-profits, White House events, student leadership organizations and many more. Its creative team delivers broadcast-level motion graphics and production, and integrated print and digital marketing solutions that stir and excite. Cybis has been around for seventeen years, produced hundreds of events, and inspired a cumulative total of nearly half a million live audience members, plus millions of people who have unknowingly seen our work. We love our work and it shows.
Visit, www.thinkcybis.com

Looking at the contributions of these companies, nearly 6 percent of Florida’s resident establishments were in the second-stage category; however, they generated 31 percent of jobs in the state. For more information: www.Florida.CompaniesToWatch.org and www.YourEconomy.org.

About the program presenters:

About GrowFL:
Economic Gardening is a philosophy that embraces strategies to grow existing businesses in a community, region or state and is the basis for the entrepreneurship programs at the Florida Economic Gardening Institute (GrowFL). Initially created in 2009 as a pilot program, GrowFL, at the University of Central Florida, is now a critical component to Florida’s entrepreneurial ecosystem and the state’s overall economic development strategy. GrowFL focuses its efforts on initiatives that strengthen the service offerings of entrepreneurial support organizations throughout Florida and by delivering critical research and strategy support to help second-stage growth entrepreneurs prosper. GrowFL has helped more than 400 companies create more than 1,400 new jobs statewide since 2009. Website: www.growfl.com