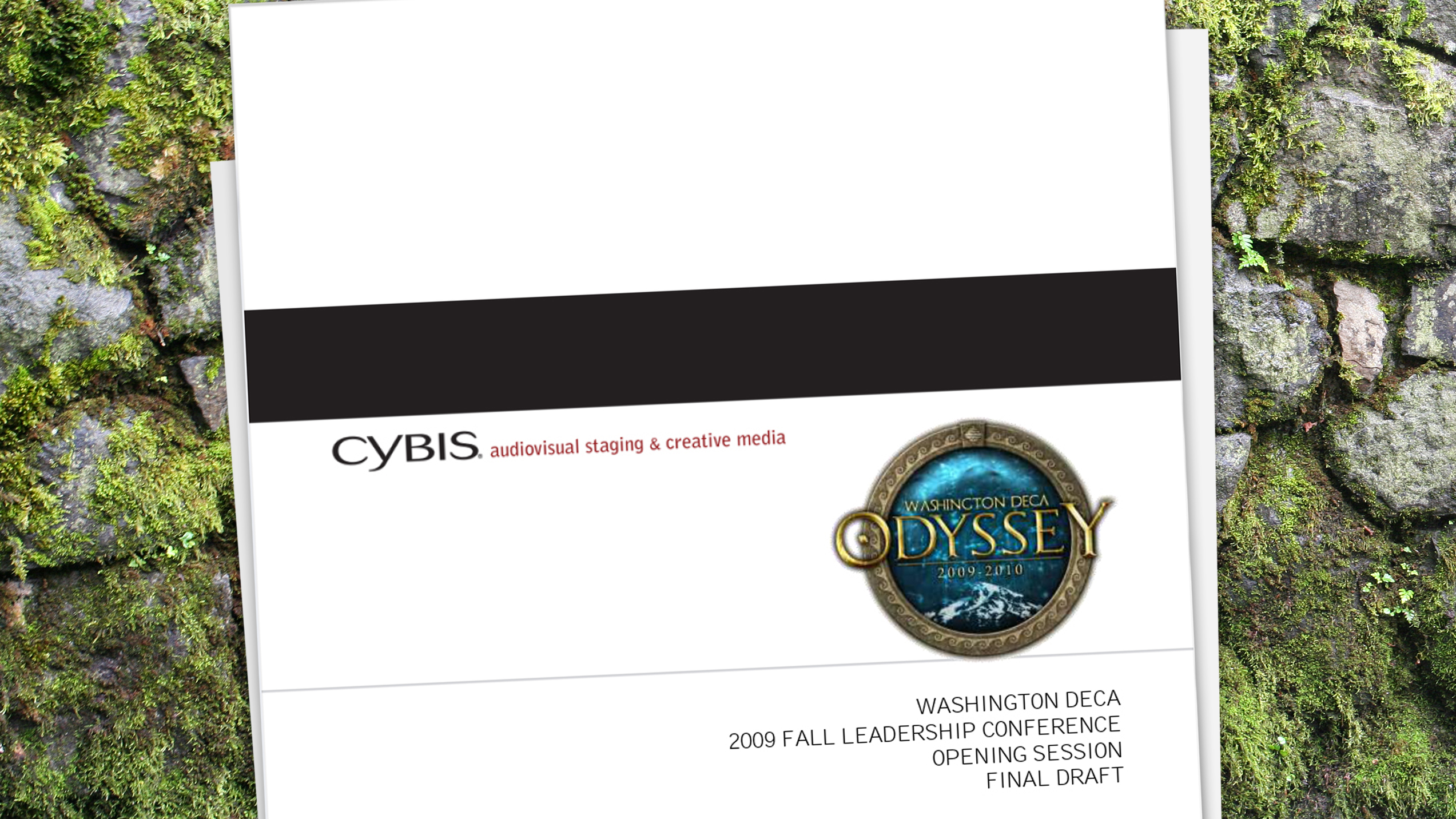 Cybis continuously strives to deliver cutting edge shows, and Washington DECA’s Fall Leadership Conference was the perfect time to introduce an interactive twist that would connect with the audience in a whole new way.

Cybis integrated text messaging into the shows in order to interact with the audience, let their voices be heard, and relay the students’ opinions to hundreds of other members. As the members entered the venue, their eyes were drawn to the screen where the graphics perfectly outlined how to get involved in texting. A simple text with their vote allowed the audience to choose the next music video played, and ultimately decide if rock, rap, or pop would be booming from the speakers. The “choose your own adventure” texting feature also allowed the audience vote on in polls such as selecting their favorite sports team and what they wanted to get out of their DECA membership.

“The integration of real-time text messaging into the sessions really excited the crowd. It was great to see nearly every audience member in the room pull out a cell phone to interact with questions asked on screen during the session!” -Chase Simonds, Associate Producer

The responses from the attendees not only got the entire audience involved, but most importantly it influenced the show script and led to a more engaging experience. Our production team was able to capture the real-time reactions of the audience members and deliver a presentation that was customized to the Washington DECA audience. The texting allowed the attendees to feel like they had a say in the show’s content while comparing their responses to those of their peers. The viewers quickly turned into show participants, which allowed for a heightened energy and excitement throughout the room. Cybis puts control of the show at the touch of the audience’s fingertips.